The city of Aurangabad was founded in the 15th century. The city has always been a prominent region on India’s Deccan plateau and has a long artistic and cultural history to which several dynasties have made major contributions over the years. Today, Aurangabad is renowned as one of the fastest growing industrial towns in India, especially in the automobile sector.

Commonly known as 'the poor man's Taj Mahal' the Bibi Ka Maqbara was constructed in 1679 by Aurangzeb's son, as mausoleum for his mother Rabia-ud-Darani. Situated to the north of the city, Bibi ka Maqbara is the poor imitation of the Taj Mahal both in design and execution, and is the only example of Mughal architecture on the Deccan plateau. 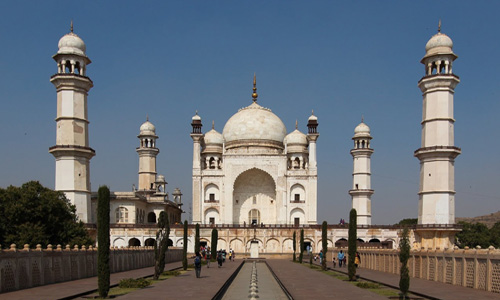 One of the finest examples of war strategy and intrigue, Daulatabad Fort is situated enroute between Aurangabad and the Ellora Caves. The magnificent hilltop fortress of Daulatabad Fort lies at a distance of 13 km from Aurangabad city. Muhammad Bin Tughlaq, known as the 'mad sultan of Delhi’, built this fort in 14th century. Daulatabad fort is surrounded by 5 km of sturdy wall, while the central bastion tops a 200 mtr high hill. Climb to the top of the fort for getting fantastic views of the surrounding areas. 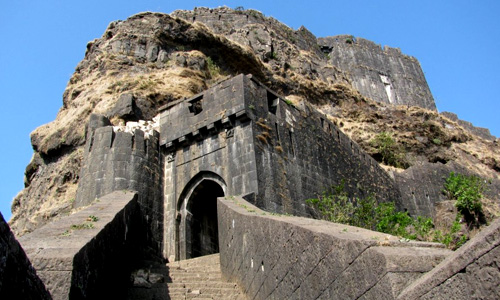 Located at a distance of 30 km from Aurangabad, Ellora Caves complex is home to 34 monasteries and temples dedicated to Buddhism, Hinduism and Jainism. Built between 5th – 11th century, Ellora caves are home to the largest single monolithic structure in the world. Ellora Caves bring the civilization of ancient India to life and are a unique masterpiece of co-existence and amalgamation of Hindu, Jain and Buddhist religions. 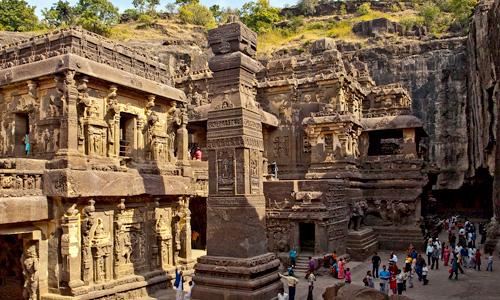 Ajanta Caves, the first Buddhist caves, date back to the 2nd and 1st centuries B.C. are one of the world's greatest historical monuments. There are 30 caves at Ajanta, of which 5 are chaitya-grihas and the rest are monasteries. Ajanta caves are a masterpiece of mud-plaster paintings in tempera technique, made over centuries since the 2nd century. All paintings show heavy religious influence and centre around Buddha, Bodhisattvas, and incidents from Buddha’s life. Today, the sculptures and paintings at Ajanta are considered masterpieces of Buddhist religious art. 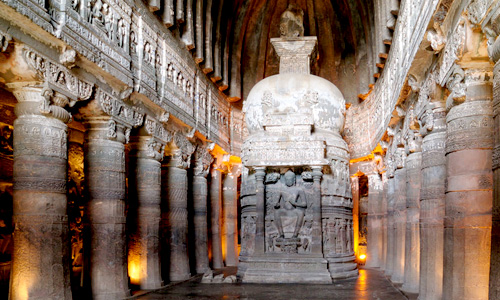 Panchakki, the ancient water mill derives its name from the mill which was used as a large scale grind grainer for pilgrims. In the year 1624 a Sufi Saint was buried here and the pleasant garden with its series of tanks serves as his memorial here. 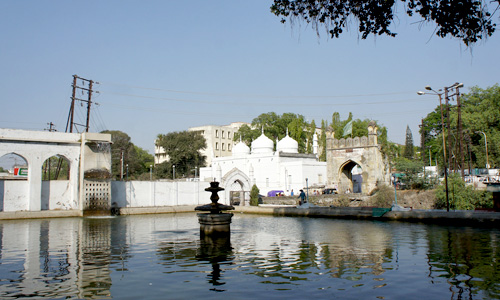 A glimpse of conventional type of Himroo Weaving can be seen at the Himroo factory situated at Aurangabad's Zaffer gate. Here you meet artisans who have grown up and learnt the art of himroo weaving through generations. You can also buy shawls and saris from this factory. 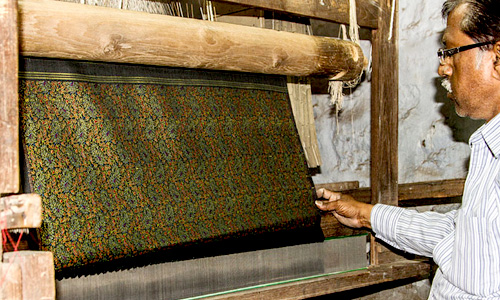 When in Aurangabad, shop for the traditional delicately woven Himroo shawls and sarees. The region is also renowned for Paithani sarees, combining pure gold zari (gold thread) with pure silk to create colourful motifs. Bidriware is another renowned art of the Aurangabad region. Some of the specialties of Bidriware are plates, vases, boxes and necklaces made of a zinc-copper alloy.

Also check out the wide array of semi-precious and precious stones available across the city. 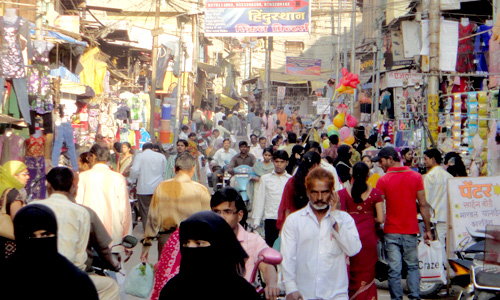 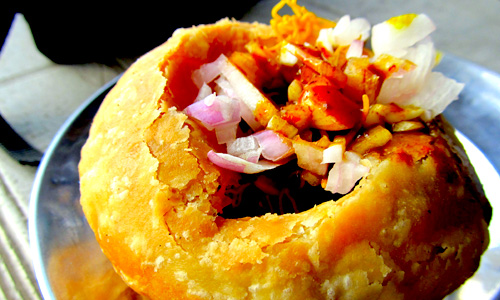