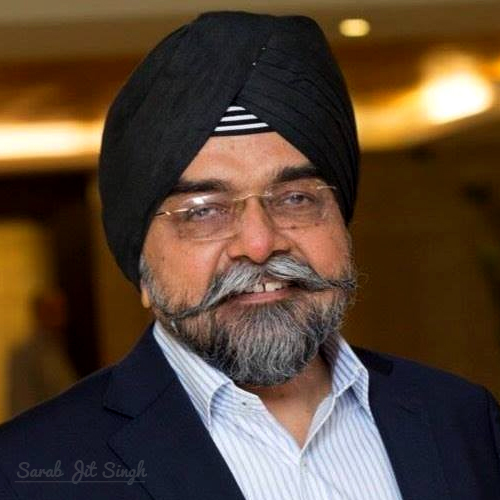 A Science enthusiast, Mr Sarab Jit Singh (popularly known as Mr Singh / Mr SSA / Sir), used to fly planes and was keen to be a pilot in his early 20s. But before he realized, he was driving (faster than flying!) his family business of luxury cars! The legacy of ‘luxury on wheels’ started by his father in 1943 (before India’s independence) came to be known as Karachi Taxi Company (now KTC India Pvt Ltd, branded as ‘KTC’). Running India’s oldest and largest fleet of luxury vehicles, Mr Singh moved in circles of who’s who of the world. Serving Indian National Leaders, series of Heads of States’ visits to India, Hollywood and Bollywood celebrities, Leaders of large MNCs and Government Bodies, KTC became the first choice for all high profile delegations to India.


Soon KTC clients started expecting full scale travel services from the company. This is when Mr Singh launched pan Indian subcontinent destination management company, Travelite (India). In the new millennium, KTC extended its hospitality worldwide, with the launch of KTC Grand Tours, its worldwide holiday division. An avid traveler himself, Mr Singh has travelled to more than 70 countries, on his working holiday schedules.


During his travels, Mr Singh developed a passion for reading. Soon this narrowed down to current affairs, global politics and news centric reading. As the passion grew, Mr Singh launched an online public affairs magazine, which later came to be known as News Insight. At a time when the world was waking up to ‘www.com’, Mr Singh’s team of hand-picked editors were writing e-articles that moved the white house! With regular hits from advisory offices of heads of states and research committees, News Insight was not a common man’s magazine. This became the e-magazine that published ‘facts’ as they were and interesting insights without any bias. Soon it became common to read News Insight’s analysis in the following days newspapers – defining the success of one man’s passion!


As if travel and news was not enough, Mr Singh ventured into his childhood fantasy – Science! Partnering with likeminded individuals, Mr Singh launched G&T Resources Worldwide (GTRW), a partnership firm that represented international companies specializing in equipment, spare parts and technical services for Oil and Natural Gas sector. Mr Singh’s latest venture ‘Universal Star’, is the company which will now carry forward the business of GTRW along with projects in solar energy and marketing of green energy patented technologies.


Under his continued leadership, we look at a world of opportunities driven by passion.