The capital city of Nepal, Kathmandu, is set in an exotic valley, with ancient Buddhist stupas and temples amidst stunning natural beauty. The city is renowned for the impressive palaces and temples of Darbar square, more than 2500 years old Swayambhunath stupa, the Hindu temple of Pashupatinath, the intriguing eyes of Boudhanath stupa watching passers by and the potters, weavers and crafts of Bhaktapur.

Hanuman Dhoka or the Hanuman Gate with several complexes spread over an area of about five acres is the social, religious and urban focal point of Kathmandu. It is a living museum of great Nepalese art and architecture and centre of important festivals and religious ceremonies. Also known as the Durbar Square, it is a large complex of palaces, courtyards and temples that were built between the 12th and the 18th centuries. Hanuman Dhoka Palace Complex consists of a huge Royal Square imposing a tremendous variety of temples dedicated to different Hindu gods and goddess. 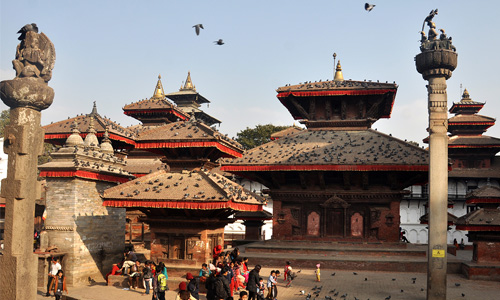 Atop a green hillock west of Kathmandu stands the great stupa of Swayambunath, one of the biggest and world's most glorious Buddhist stupa, a holy and instantly recognizable symbol of Nepal (listed as a World Heritage Site by UNESCO). This is a site that is over 2500 years old. Constructed to specific rules, each with a symbolic meaning, the stupa of Swayambhunath is a model of its kind. 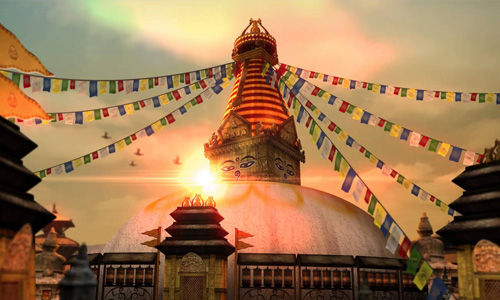 One of the oldest and the biggest Buddhist monuments ever built in Nepal; Boudhanath is an imposing structure towering 36 meters. The Stupa stands on the massive three level mandala style platform surrounded by colourful private family houses. It is believed that four pairs of eyes of Buddha in four cardinal directions are keeping an eternal watch over the people of Nepal.

Bhaktapur Durbar Square was the former capital Nepal, and was once a flourishing city on the trade route to Tibet. Bhaktapur is a store house of mediaeval art and architecture, including the Golden Gate at the Palace of 55 Windows.  Bhaktapur is also popular for its traditional crafts of pottery and weaving. 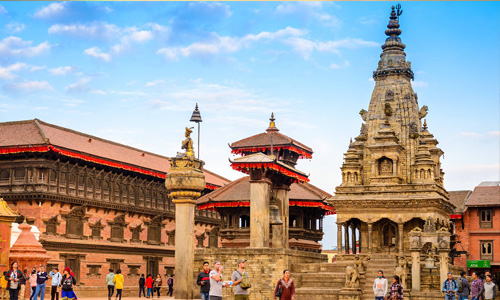 Nepal offers the unique experience of scenic mountain flights over the world’s highest peak, Mount Everest. Enjoy spectacular views of the snow capped Mount Everest and Himalayan ranges, aboard a small plane, with every seat having its own window! The hour long flight, takes off from Kathmandu airport. 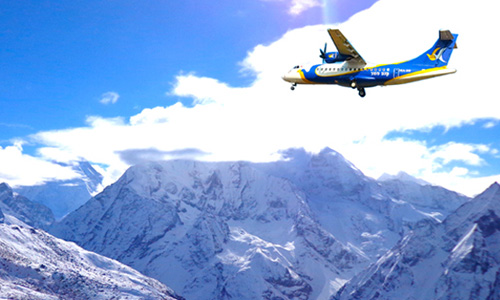